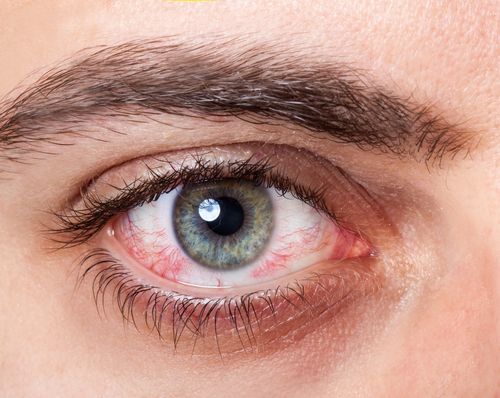 Red eye is a non-specific term to describe an eye that appears red due to illness or injury. The term usually refers to injection and prominence of the superficial blood vessels of the conjunctiva, or sclera, which may be caused by disorders of these or adjacent structures. Conjunctivitis and subconjunctival hemorrhage are two of the less serious but more common causes.

Management includes assessing whether emergent action is needed, or whether treatment can be accomplished without additional resources.

Slit lamp examination is invaluable in diagnosis but initial assessment can be performed using a careful history, testing vision (visual acuity), and carrying out a penlight examination.

Of the many causes, conjunctivitis is the most common.